The Shure M67 is a vintage four channel microphone mixer commonly modified for use as a four channel preamp in recording studios. First manufactured in 1968, these became a standard in the broadcast industry. The M67 was used to record Woodstock and many a tv news program. Still readily available on the used market, they remain relatively affordable. With plenty of “vintage iron” to yield that classic 70’s tone, these units really shine as preamps.

The versatility of the M67 can be improved through a number of basic mods. The circuit layout makes it relatively simple to adapt this mixer into a preamp with four separate channels. Additional modifications to the gain staging of each channel make it useful for either high or low volume sources.

There have been many internet forum discussions over the past few years as to how to modify these units. The mods I’ve chosen to do are largely inspired by these sources but especially the work of Rod Childers who has outlined his mods at Beyond Sanity Productions .  [Website now defunct.]

Switching channels to the master mix bus dramatically increases the tonal options for each channel. This incorporates the gain boost of the master bus and also the balanced master mix bus output transformer, both of which are bypassed by the Childers mod.

With low volume sources the gain stage modifications can be a bit too quiet. As an option, I chose to leave channel four stock with its higher input gain stage unaltered. Channel Four also uses the master mix bus gain stage as a boost and utilizes the master mix balanced transformer as its output. The output can be summed with Channels 1-3 when they are switched in. Leaving channel four’s circuitry unmodified expands the options available and simplifies the mod because it’s not necessary to drill extra holes in the chassis or extend any of the original wiring during the mod process.

To get yet a fourth gain option, a channel’s gain stage could be left stock in a high gain configuration but then routed to a 1/4″ output, bypassing the master bus preamp. 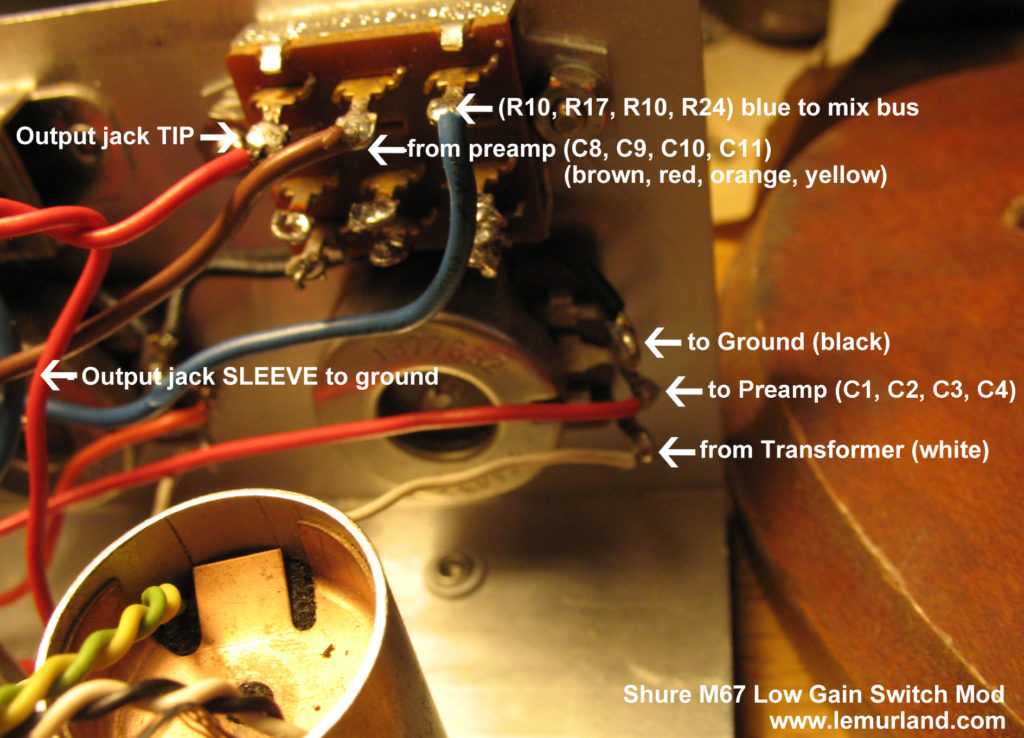 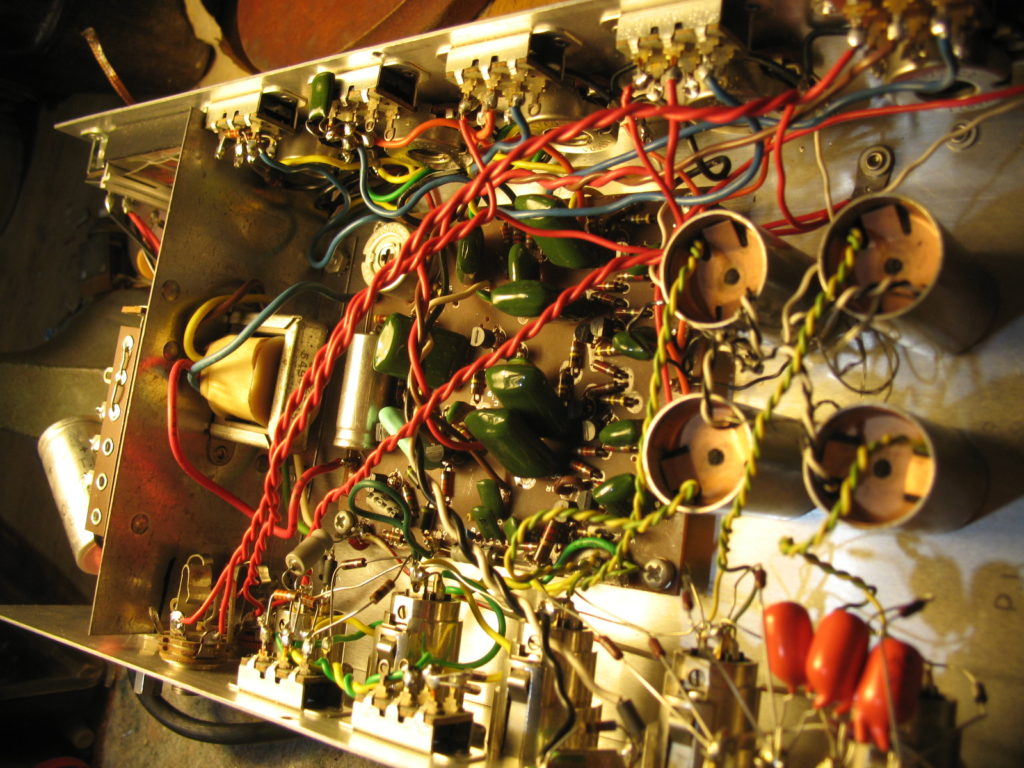 I also opted to bypass and remove the tone oscillator circuit. This requires that the board be lifted and jumpers added to replace the switch. I had to desolder a few additional leads to lift the board enough to work on the underside. Here’s the basic mod:

Jumper Green to Black with a 1.2k resistor. This is R6 on the Shure schematic.

Cut all other wires that run from the tone osc. switch to the board.

These units are reputed to be a bit noisy but by replacing a few capacitors, tightly twisting all wire pairs, and adding ferrite chokes, I was able to reduce the noise dramatically.

Additionally, it’s been noted that changing volume pots to a 500k value may improve high end. Other possibilities include the addition of a -20db pad using the rear tone osc. switch and altering the values of the remaining low cut capacitor on ch. 4.  Bypassing the vu range switching will will also free up a switch for repurposing while fixing the meter to +4dbm.  I’m happy with mine the way it is.

And if you find it useful…