My mid-60’s Premier 90 tube reverb unit came to me completely unusable due to the extreme amount of hum and noise it produced. After extensive re-working of the circuit and complete replacement of all components, I’m excited to say that this unit is quiet enough for studio use and it sounds great, especially when paired with a vintage amp.

Repairs began by removing the original two-prong cord, mounting a fuse block next to the input transformer and adding a grounded power cord. The antiquated can capacitor was removed and two 5 lug terminal strips were securely attached to the existing reverb driver transformer bolts. Soldered to these were the replacement radial electrolytic caps. Values were 47uf/450v, 47uf/450v, 22uf/450v and 100uf/100v.

In modifying the grounding layout for all of the components, the negative side of the electrolytics were bussed to a single ground wire which then ran to another terminal strip centrally located adjacent to the tube sockets. This strip would provide the location of my “star ground”. All components were replaced and all grounds re-routed to this single point. It took many short lengths of 20 gauge hookup wire securely bundled by cable ties to re-route the grounds. 1/2 watt metal film resistors replaced the noisy carbon comp resistors and the film caps were replaced with .01uf 400v Sprague Orange Drops.

Borrowing from the Fender 63 reverb schematics, I isolated and elevated the star ground from the chassis using two 6A4 rectifiers and a 3 watt 15 ohm metal oxide resistor wired point-to-point on the lugs of the grounding strip. Ideally, the only ground connections to chassis aside from the power cable would be through this diode and resistor network. Since it seemed to make little difference audibly, I left the input jacks and pilot lamp connected to the chassis.

It was mentioned in online forums that power to the switched gain pot introduced hum but I found that after having reworked the grounds it did not introduce any noise.

It was necessary to congest the chassis with yet another terminal strip dedicated to securely attaching the reverb send/return and output cabling.

Oddly enough, my ears found it unnecessary to replace the single diode rectifier although I suspect this will eventually happen.

By choice, I opted not to attach the foot switch back into the circuit.

I was fortunate enough to have several dozen of the appropriate tubes to sort through and found that proper tube selection seemed to make an audible difference that my tube tester was oblivious to. I left the 6EU7 tube stock but considered rewiring the socket for the more readily available 12AX7. The 6AQ5 was upgraded to a mil-spec variant, the 6005. Since there were noticeable variations in tone using various tubes, it would be worthwhile to spend some time swapping if the tubes are available.

My modifications to the Premier 90 Reverberation unit can be found on the schematics below. Thanks to Dave S. (whoever he is) for the original drawing. 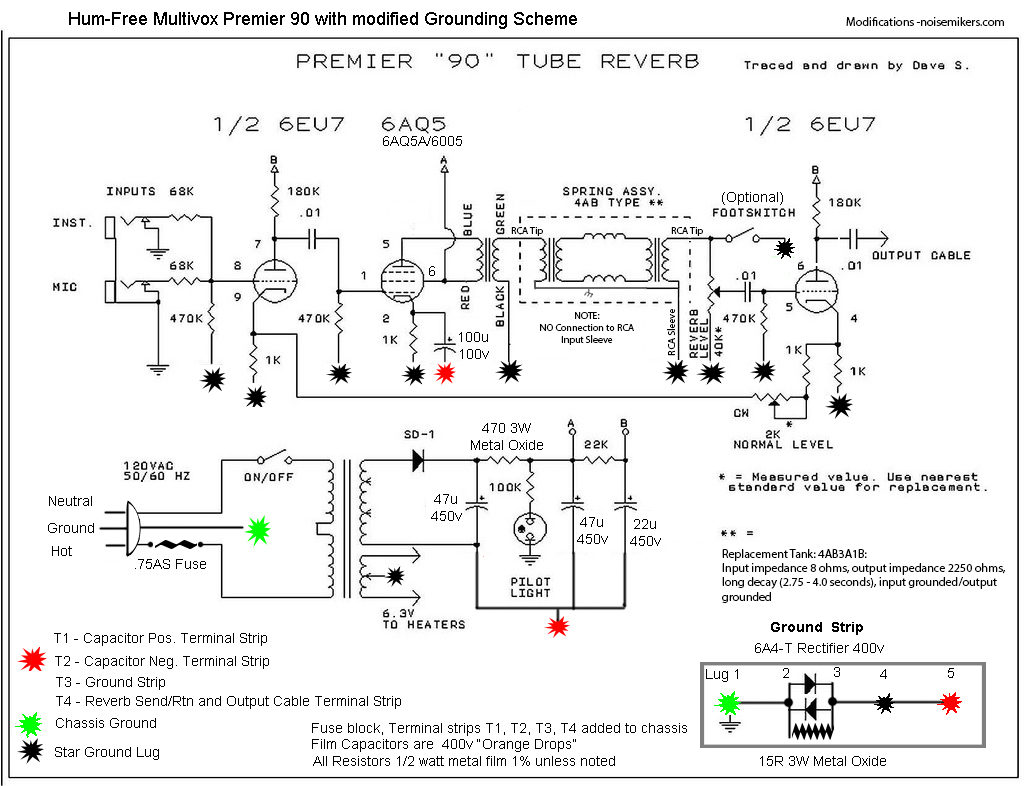 A note on replacing the Premier 90 reverb tank:

The correct replacement tank for the Premier 90 is the Accutronics 4AB3A1B:

It is important that the tank input and outputs are grounded to provide a complete signal path for the reverb driver transformer.

Impedance specifications must also match. Other models with different decay times should work. 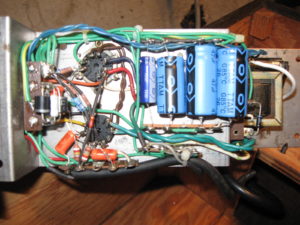 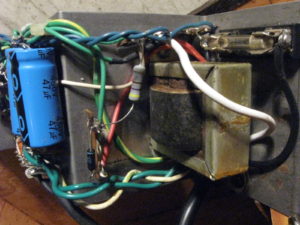