Found with components dating to no later than November 1960, it could be one of the earliest B-15N’s produced.

We’ve nicknamed it “Number 24” after the hand- numbered chassis.

As Ampeg began development of the B-15-N in the latter part of 1960, a few models were released lacking the more elaborate cosmetic elements typical of the B-15N. The circuit of this transitional amp, although quite similar to the earliest available B-15N schematics, bears some unique features which were likely a part of the experimental process as this amplifier was developed. We’ve made the schematic of our Late 1960 B15N available here.

More information is with the schematics below. 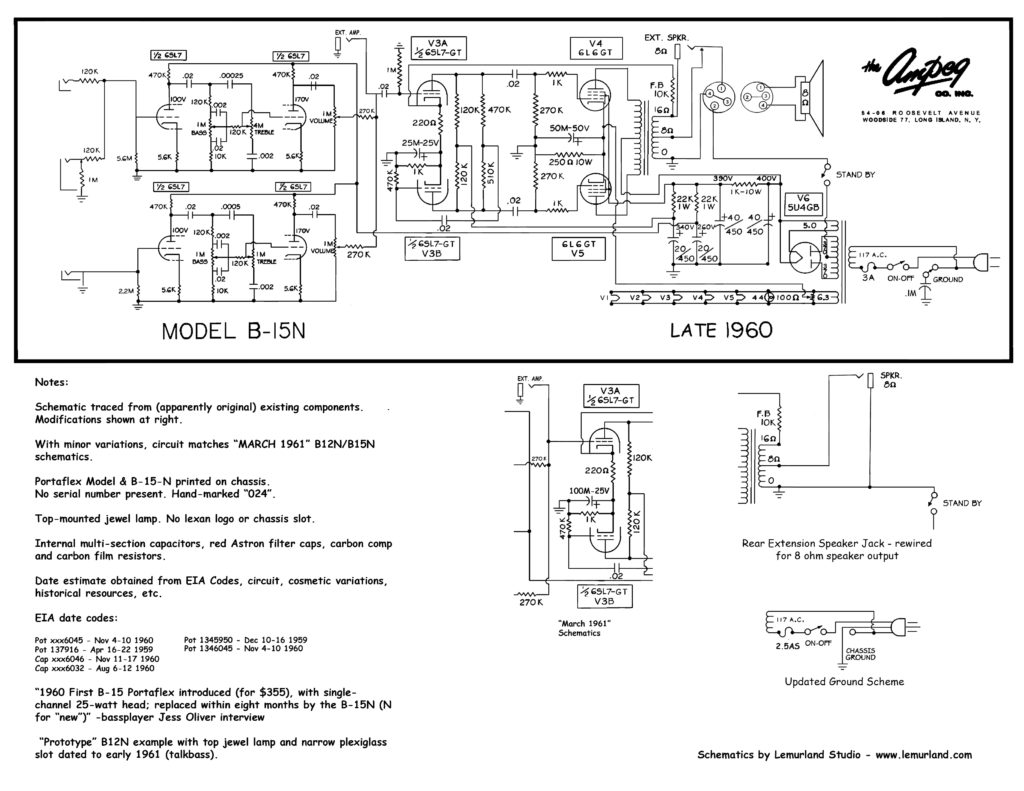 The circuit remains the same but heavily drifted and failed components have been replaced. Most carbon comp resistors measured 25 to 50 percent over their marked values. Surprisingly, the red Astron capacitors were within tolerance reading only slightly high on the meter.

Photos from the bench as she undergoes some long overdue service. 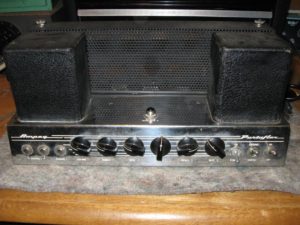 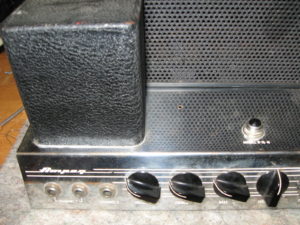 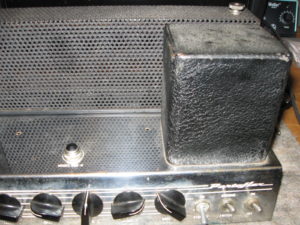 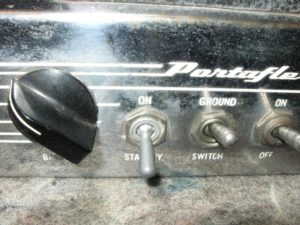 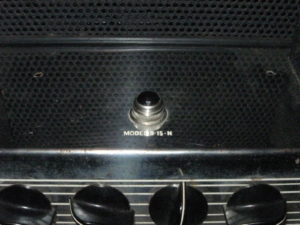 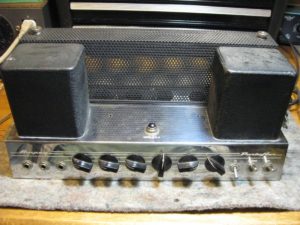 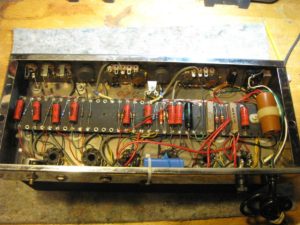 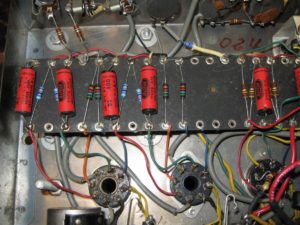 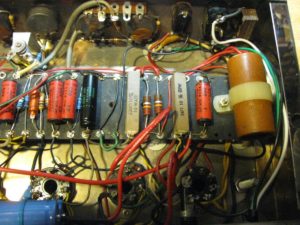 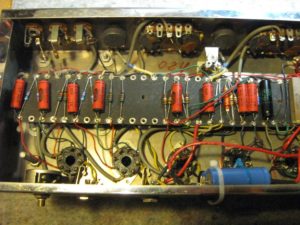 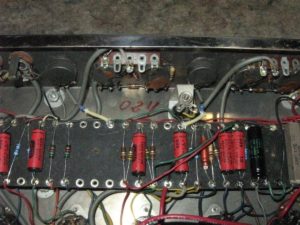 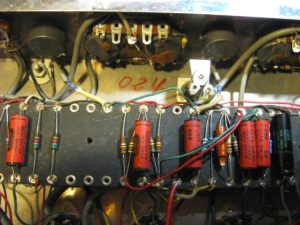